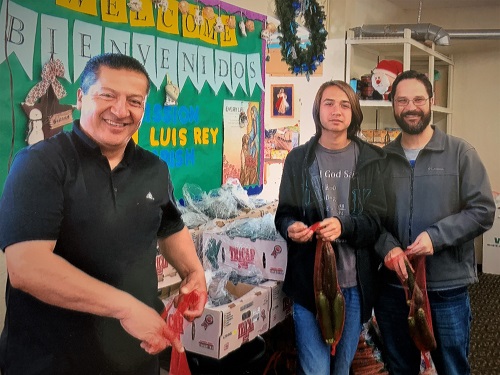 One of our Holy Father’s urgent concerns is how the poor of the world are being treated.

“Money must serve, not rule!” This is how Our Holy Father, Pope Francis, put the emphasis on one of seven major themes in his pastoral letter, Evangelii Gaudium (The Joy of the Gospel). The pontiff’s letter, formally referred to as an “apostolic exhortation,” devotes itself to the subject of the new evangelization, and shares ideas about how the church can reform itself in order to embrace a renewed sense of mission.

One of our Holy Father’s urgent concerns is how the poor of the world are being treated. In his letter, he states emphatically that he loves everyone, both rich and poor, but that he is obliged in the name of Jesus Christ to remind everyone that the rich have a responsibility “… to help, respect and promote the poor” (par. 58).

Pope Francis is especially concerned about the growing global economic inequity and challenges world political and financial leaders to use our economic systems in a way that favors human beings: Just as the commandment “Thou shalt not kill” sets a clear limit in order to safeguard the value of human life, today we also have to say “thou shalt not” to an economy of exclusion and inequality. Such an economy kills. How can it be that it is not a news item when an elderly homeless person dies of exposure, but it is news when the stock market loses two points? (par. 52).

The pope is insistent: God calls us to make a committed response to the poor in a way that transcends the logic of the marketplace. In his Christmas message, Pope Francis urged us to “place ourselves at the service of the poor, make ourselves small and poor with them.” He does not condemn capitalism, nor does he favor a Marxist view of economics. He is challenging each of us to follow Christ and be good stewards of his gospel message which includes loving God and neighbor, especially the poor, the prisoners, the sick, and the outcast; all whom Jesus makes reference to in his teaching on the final judgment of the nations in the Gospel of Matthew (25:31-46). It is a call to action Pope Francis urges upon us as we move into this New Year.