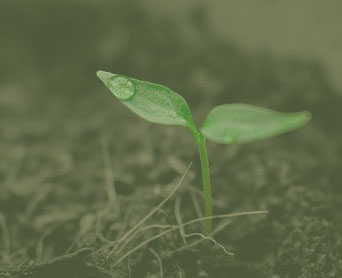 From the Associate Pastor

Do you know that we have a Cultural Diversity Ministry? One of their goals is to provide educational opportunities for parishioners to learn about and appreciate other cultures. In a parish with a rich cultural diversity like Mission San Luis Rey, their ministry has been invaluable in fostering relationships among our parishioners. It is at their suggestion that I would like to introduce to you a cultural tradition around Epiphany.

A visitor to Poland for the first time may spot an unfamiliar inscription in white chalk on doors they pass – ‘K+M+B’ or ‘C+M+B’. On 6th January (the traditional date for Epiphany), all Catholic churches hold a special holiday mass where priests consecrate chalk and incense. The clergymen acquire chalk for parishioners on the eve of the holiday.

Each participant in the mass returns home with white chalk and writes ‘K+M+B’ or ‘C+M+B’ and the year on the outside of their front door. The letters have a few different interpretations. Priests thought that the letters were ‘C+M+B’, since those are the first letters of the phrase ‘Christus mansionem benedicat’ (Latin: ‘Christ blesses this house’). However, people often wrote: ‘K+M+B’ and this version caught on. It is believed that the three kings who came to worship baby Jesus were named Kaspar (Casper), Melchior, and Balthazar, and ‘K+M+B’ are their initials.

This tradition of writing these letters in chalk on doors emerged in the 18th century. Later, during the communist regime, many Poles continued this tradition as a demonstration of their faith. Communists ardently believed that there was no God and aggressively spread atheism. Yet they were never able to convince the people of Poland. Known for their stubbornness, Poles ignored the statements of communist leaders and every year on 6th January wrote ‘K+M+B’ on their doors anyway.

Instructions for blessing the home: Using a chalk, mark the lintel of your front door as follows (or even mark a small cardboard and place it on your door or in a front window):

The three Wise Men, Caspar, Melchior, and Balthazar followed the star of God’s Son who became human two thousand and twenty-one years ago. May Christ bless our home and remain with us throughout the new year.

Then say the following prayer:

Visit, O Blessed Lord, this home with the gladness of your presence. Bless all who live or visit here with the gift of your love, and grant that we may manifest your love to each other and to all whose lives we touch. May we grow in grace and in the knowledge and love of you; guide, comfort, and strengthen us in peace, O Jesus Christ, now and forever. Amen.