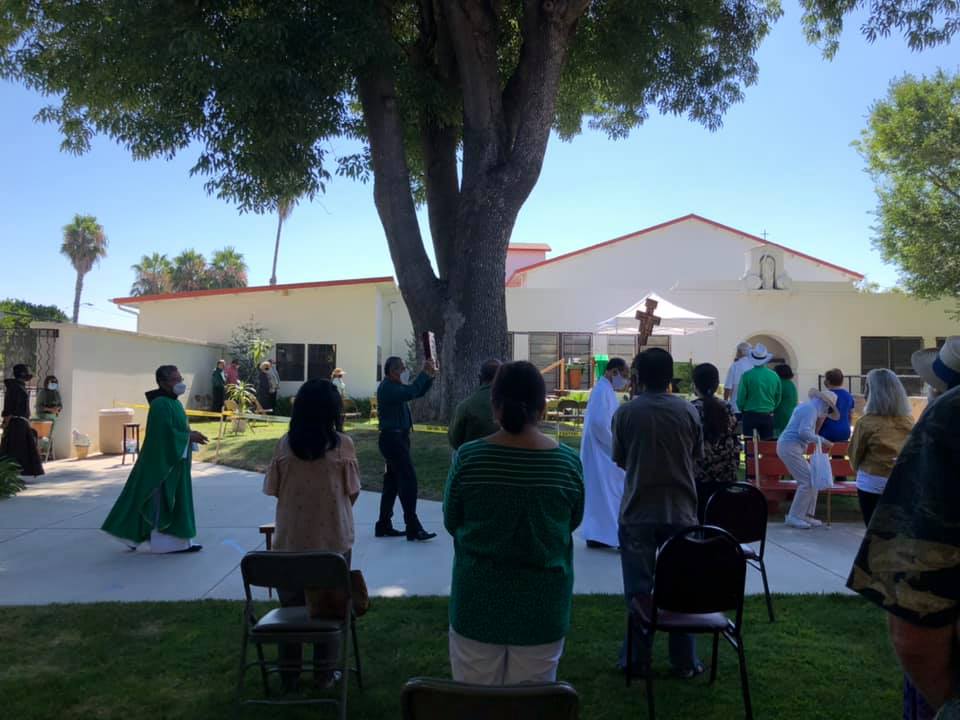 Our parish is unable to offer Daily Mass online at this time. (Daily Mass in person is in the St. Michael’s Courtyard at 7:30 am.) At the start of the pandemic, the Vatican offered a Daily Mass for worshipers around the world. But it was recently discovered that the very popular Vatican Daily Mass stopped being broadcast. Many parishioners have asked why. Here’s what Communications Volunteer, Chris Weber, discovered about that.

The short answer is… you can’t view the Daily Vatican Mass anymore, it’s not being broadcast.

If you want the longer answer, keep reading:

According to the Holy Father’s press liaison, “Pope Francis never wanted his entire morning liturgy to be available through the media. A few weeks after Pope Francis’ election, Father Federico Lombardi, in his role as Director of the Holy See Press Office, explained why. “It is necessary to keep in mind the character the Holy Father himself attributed to the morning celebration of the Mass at Santa Marta,” he said. “It is a Mass with a group of the faithful present in which the Pope wants to preserve a familiar character. Thus, notwithstanding the requests received, he has explicitly desired that they not be transmitted live in video or audio.”

However, when the Covid-19 emergency swept through Italy and people were unable to attend Mass in person, the Pope decided to allow his “private” Mass to be broadcast. This started on March 9 of this year and continued each day until May 18. At that point, Italian Catholics were able to resume going to Mass in person, and the Holy Father ended his daily Mass broadcasts.

There are other Masses broadcast every day by various Catholic outlets from different places.

Thank you goes to our volunteer, Chris Weber for this information.

Do you you like to write? Take pictures? Do short videos?
Join our communications team! Call Karen Willson at 760-547-0701 (direct) or send an email to itc@sanluisreyparish.org

We use cookies on our website to give you the most relevant experience by remembering your preferences and repeat visits. By clicking “Accept”, you consent to the use of ALL the cookies.
Cookie settingsACCEPT
Manage consent