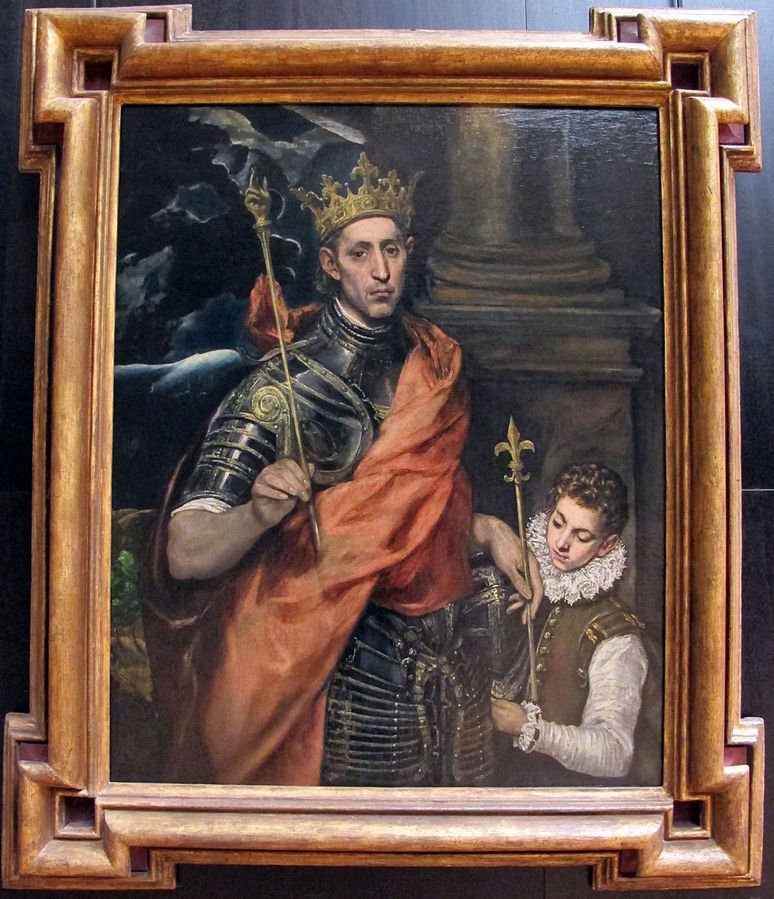 I had no idea who he was, but I was in awe. As a college student in Europe, I slipped from a bright Paris day into a cramped dark staircase. The stairs lead up to an astoundingly beautiful and soaring space, filled with dazzling stained-glass windows. This was the Sainte-Chapelle. This chapel was created to house something beyond precious: the crown of thorns. Through this chapel, I was first introduced to our patron saint, St. Louis the IX, King of France.

St. Louis was king of France from 1226 to 1270, ascending to the throne at the age of 12. Louis’s mom had trained her son to be both a great leader as well as a good Christian. She used to say: ‘I love you, my dear son, as much as a mother can love her child; but I would rather see you dead at my feet than that you should ever commit a mortal sin.’ Louis’s Christian identity was so important to him that he often signed his letters not as a King, but simply as ‘Louis of Poissy‘, referring to the place of his baptism.

A man of his time and born into great privilege, he leveraged his privilege to make a difference in the world. Louis was a criminal justice reformer and made several changes to the French royal justice system. He allowed the accused to appeal directly to the king. He introduced the radical new concept that a person was presumed innocent until proven guilty. He banned the harsh ‘trials by ordeal’, where the accused were subjected to some terrible torture to determine their guilt.

Louis was widely respected across Europe for his piety and his Christian ideals. He led crusades and obtained Jesus’ Crown of Thorns to be venerated at the Sainte-Chapelle (now in the Cathedral of Notre Dame). Louis, arguably the most resplendent King in Europe, in his personal life, lived simply. Underneath his royal garments, he wore the simple and scratchy tunic of a penitent. One of the most powerful men in Europe, he became a follower of St. Francis of Assisi and a professed Secular Franciscan. In a letter to his children before he died, we get a peek into his mind. This letter, the Enseignements of St. Louis, is a testament to his faith. Please hunt it down or read it online at the website of the University of Rochester. It begins: ‘Dearest son, I instruct you first that you ought to love God with all your heart and all your strength, for without this no one can be saved.’

Louis, deeply devout, brought his faith into his life and everything that he did. To this day, along with St. Elizabeth of Hungary, he is a patron saint of the Secular Franciscan Order. His example of Christian holiness, piety, and putting his faith into action to make a real difference in the world, is not just awe-inspiring – but something aspirational for us all.