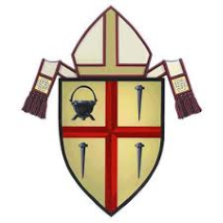 The San Diego Catholic Diocese has not called for the suspension of any practices at Mass in response to the new coronavirus that appeared in China and has been detected in several countries, including the United States, but is closely monitoring the situation.

On January 29, San Diego County health authorities said that the risk of exposure to the public is low, especially if they have not traveled to one of the affected areas or have had contact with someone who has. During flu season, the diocese routinely monitors the weekly influenza surveillance report published by the California Department of Public Health and any bulletins issued by the San Diego County Department of Public Health. Reports on the coronavirus, which is similar in many ways to the flu, are being monitored in the same way.

When State or County health authorities determine that the risk of transmitting the virus has reached a certain threshold, the Bishop then suspends the cup for Holy Communion and many times the Sign of Peace. The diocese continues to monitor the public agency reports until such time that the virus level has fallen below the threshold level for two consistent weeks before lifting the suspension.

Pastors and Parishioners will be kept fully informed through Parish announcements, the diocese’s Facebook and Twitter accounts (@DioceseSanDiego), its diocesan news site (thesoutherncross.org) and press releases to the news media.