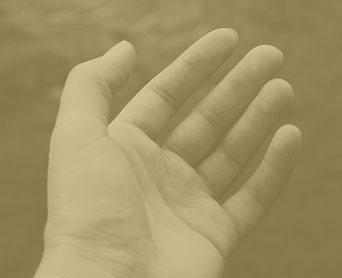 From Our Associate Pastor: FUTURE NATIVE AND AFRICAN AMERICAN SAINTS

November is Native American Heritage Month and also Black Catholic History Month. I’d like to invite you to learn more about two people who are currently on the path to canonization.

Nicholas Black Elk (circa 1863-1950) was a member of the Oglala Sioux tribe on the Pine Ridge Indian Reservation, currently in the Diocese of Rapid City. Black Elk was a Lakota medicine man for the first half of his life. Even prior to his conversion, he was widely known among his people as a holy man and a mystic.

He converted to the Catholic faith, taking the name “Nicholas”. He then became a noted catechist and missionary, working closely with the Jesuits on a number of Indian reservations. He continued celebrating Lakota rituals, while fully embracing a Catholic life grounded in the sacramental life of the Church.

Black Elk became an energetic catechist and was personally instrumental in the conversion of hundreds of natives – baptizing approximately 400 people over his 46 years as a catechist. This is the very kind of “missionary discipleship” that Pope Francis is calling the lay faithful to embrace as part of their own path of holiness. He melded whatever he could from his Lakota culture into his Christian life and then became an “apostle to the Lakota people”, leading others to a deeper life in Jesus.

This enculturation can always reveal something of the true nature and holiness of God. He challenged people to renew themselves, to seek this life that Christ offers them. He believed that all the ills that engulfed his people could be remedied through the Catholic faith and practices that he modeled and about which he preached. For Native American people, Black Elk provides an icon who reveals what God has called all of us to be — people of faith and hope and a source of hope for others.

Pierre Toussaint Pierre was born in 1766 in modern-day Haiti as a slave but died in New York City as a free man and a well-known Catholic.

Pierre Bérard, Toussaint’s master, allowed him to be taught how to read and write by his grandmother. In his early 20s, Toussaint, his younger sister, his aunt, and two other house slaves accompanied their master’s son to New York City because of political unrest at home. Apprenticed to a local hairdresser, Pierre learned the trade quickly and eventually worked in the homes of rich women in New York City.

When his master died, Toussaint supported his master’s widow and the other slaves himself and was freed shortly before the widow’s death in 1807. Four years later, he married Marie Rose Juliette, whose freedom he had purchased. They later adopted Euphémie, his orphaned niece. Both preceded him in death.

Even during his lifetime, Toussaint enjoyed the reputation of an exceptionally devout and charitable person within the Catholic community. Every day he attended the 6:00 a.m. Mass in St. Peter’s Church, where he was a pewholder for many years. He also raised funds to build the original St. Patrick’s Cathedral and St. Vincent de Paul Church. Toussaint donated to various charities, generously assisting blacks and whites in need. He and his wife opened their home to orphans and educated them. The couple also nursed abandoned people who were suffering from yellow fever.

In recognition of Pierre Toussaint’s virtuous life, the late Cardinal Cooke introduced Pierre’s cause for canonization at the Vatican in 1968. In December 1989, the late Cardinal O’Connor had his remains transferred from to St. Patrick’s Cathedral where he is currently buried as the only layperson alongside the former cardinal archbishops of New York City. On December 17, 1997, he was declared Venerable by Pope John Paul II.